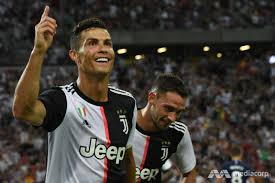 The quest to find the most popular person in the world today, is not as easy as it may seem. After having investigated or rather researched many celebrities and famous people I am faced with the daunting task of who to choose and why.

then we may look at my reasons for having chosen them.I specifically mentioned the most popular person in the world today, the intention is to limit my selection to the celebrities who are still alive today, although if I should include those who had passed on, I would most likely end up with an insurmountable amount of research work and endless debates and opinions from my readers, having said that here goes…

In no particular order of ranking:

Undoubtedly I go with Christiano Ronaldo. During the 2018 he played for Juventus, but vowed to return to his native Portugal, be that as it may. Ronaldo 149 million followers on his Instagram account, 122.1 million likes on Facebook and about 78.8 million followers on Twitter.

Some may argue that the likes anyone receives on social media may not mean that the person is really that well liked due to the fact that most people will like a page simply because they were asked to do so, however this is not about being liked it’s all about popularity having more than a 50 million followers on social media platforms certainly constitutes popularity in my book.

Wait, let me answer the phone, that is probably Ronaldo now…

Python programmer, web developer, content writer and project manager. Being a wordsmith, affords me the ability to captivate my audience and unleash their imaginations with the magic of words. Winner of several poetry competitions of which "Echoes from the Soul" was one of my greatest and written in Shakespearean English. Other skills are: A Natural Leader with great organisational skills, I function well under pressure. Meeting deadlines and honoring commitments are some of my non negotiable attributes Extensive experience in Construction Project Management Python Programmer, software and web developer Food, art and travel blogger - Product Reviewer African Millenial Market Researcher I never stop learning and still studying. My various skills and personal attributes allow me the option of choice and versatility when it comes to work.

Amruta B., 3 years ago
Blog