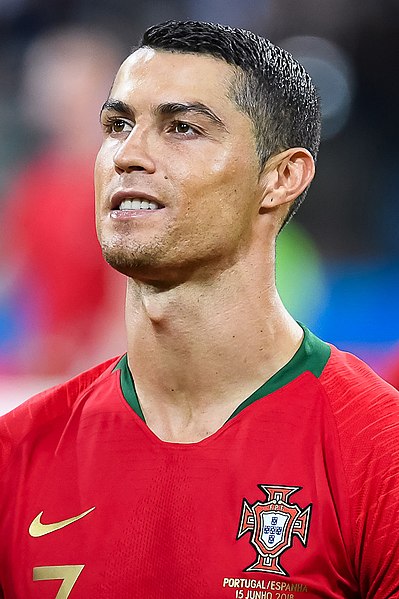 The most popular person in the World right know is Cristiano Ronaldo dos Santos Aveiro and he was born February 5, 1985 and is ( 34 years old ). And the justification for my answer is that Cristiano Ronaldo is a role model,not only for me but persons around the world, whether you’re an aspiring footballer,musician,actor it doesn’t matter the area or skill you’re trying to pursue in life everyone loves and respect Ronaldo and look up to him has a leader and a inspiration  to strive for their goals. We’re in a social media generation and “ Instagram” has become one of our most utilize and visited social media platforms and it can be used to determined the popularity and success of most individuals and Cristiano is the most followed human being on the platform other than instagram . Football has a sport is the most viewed sport or event in the world and the World Cup has over 3 billion views and most person was in tuned for not only their favourite team but for Christiano Ronaldo. Their are many celebrities and famous persons in the world and I know for sure that kids in Africa and kids in all corners of the world don’t know and is not familiarize with but Christiano is known by both young and old and has the second most earned athlete that has a lot to say. Their is like only two things that can bring people together and that’s sports and music. And the only person that could give Cristiano a run for his money is Michael Jackson but he’s an decease individual and Cristiano is current, so Cristiano is the most famous person on the planet and no Celebrity, Actor nor Musician can come in his way. He’s from Portugal but he got a statue in Spain to show and prove his legendary status and his popularity for his contribution to the sport and his positive and inspirational impact that he has on people and the world on a hold. Their won’t be any other person like him that has a impact on the nation and we should respect him while he is living and alive. GOD will forever be the most famous of all but their is no comparison because GOD is a supreme being that created and made us and Cristiano is a regular human, So Cristiano will remain the most famous human being right know in the planet.

My name is Javon and I'm a freelancer and been working from the internet for over 5 years and earning a living and I'm a multi-talented individual and I will always get the job done doesn't matter the situation or task.