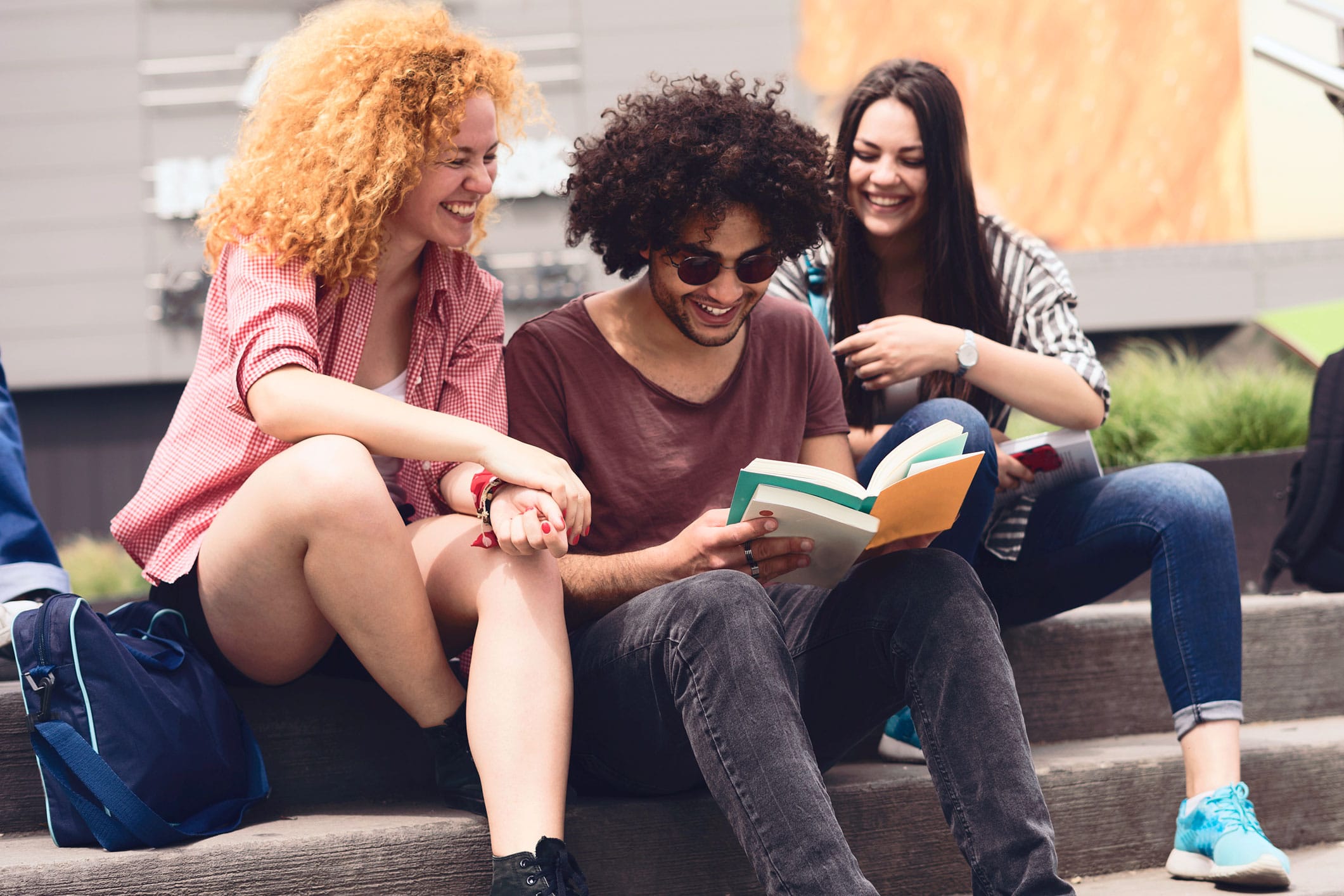 When students graduate High School, they might assume that their desire to be popular, to fit in, or to stay clear of mean girls or bullies will become a distant memory, and for some people, that might be true.

However, for others, a reality that is not often talked about is that being in University or College can create a different kind of anxiety and stress for students; as they all desperately try to figure out who they really are now that they’re away from long-time friends and family members.

The Big Question: Who Am I?

In High School, you may have been considered a “Queen Bee” or “Kingpin”, where you’re liked by many but also disliked by many. Or, maybe you were seen as more of a, “Happy Loner,” not popular but well liked by many and disliked by few. However, in my experience, I’ve noticed that the clique or friend group you were in while in High School can change or shift in post-secondary education.

For example, new cliques can form in University and College such as the Engineer students, or the Art students, or the Party kids. And, what made you uncool in high school may make you cooler in your new, different environment, surrounded by different people with different interests.

In cases with large campuses such as Western University or Harvard or Yale, I believe that popularity is even more based on chance and luck than in High School. For example, there might be thousands of “popular groups” on campus who never meet one another – because they go to different bars or have different classes or end up in different first-year residences.

So, here’s my attempt to break it all down for you and to offer some advice on navigating popularity and mental wellness in University or College – based on what I’ve come to learn myself:

1. Everyone is struggling and trying to figure things out – no matter how perfect they might make their lives seem on social media.

I’m sure you’ve had more than a few moments of doubt when you’re walking on campus, or you’re at a bar, and you see someone who has nicer hair, or cooler clothes or is surrounded by popular-looking friends.

With so many people on one campus, and with the rise of social media, so many of us fall victim to wishing we lived someone else’s seemingly more glamorous or privileged life. However, what you don’t tend to see at first glance is the hidden struggles we all push down and hide from others when we’re trying to fit in or make friends.

For example, in getting to know more about the people I went to school with over the course of four years, I came to uncover that my new friends were battling:

In fact, I’d go so far as to guarantee that there wasn’t a person I met that didn’t have some level of trauma or stress that impacted their life, how they saw others, and how they viewed themselves.

2. Being popular in University and College doesn’t necessarily translate in real life.

In my personal experience, the kids who I perceived as “popular” in university haven’t necessarily turned out to be the most popular or successful in their adult life. Some kids who were more focused on partying were forced to drop out of school, have been unable to carry themselves well in an interview setting, and/or still haven’t found a job in their industry three years later.

The fact is, doing a frat-boy keg stand might make you cool for a night, but it likely won’t help you to secure a job or a paycheque – you need more substance, talent, and drive than that.

3. Being Liked Vs. Being Popular are not the same thing.

No matter how different each person is at University or College, one thing remains pretty consistent – to some degree, we all want to be popular and liked. And while the two are often considered the same thing, the reality is, some kids are popular and not liked, and others are liked but not popular. Therefore, the two simply cannot be mutually exclusive.

In my own experience, I spent time around a group of attractive, popular boys who, to my group of friends, and within the bars and parties my group of friends frequented, were considered “popular”. These boys would lead the conversations on which club we would all go to, where the after party would be, and which people were “cool” enough to hang out with them.

However, aside from their good looks and popularity, most of the guys in the group were very rude, disrespectful, and often cruel to each other and strangers – participating in bullying and hazing as a form of initiation or what they would call ‘harmless teasing’.

So, why did I spend time around them?

When I look back, it’s hard to say. But, in what I’ve learned from Popularity Explained, it would seem that because I was physically attracted to the boys, and believed that they were popular due to their confidence, money, sports talent, etc., I looked past many of their flawed characteristics in order to “get myself ahead” or to become more popular myself. Largely because I thought that was what I had to do to remain relevant and be liked.

The ugly truth is, my mental health suffered greatly when I tried to change myself to fit into a “popular” role and to keep up with kids in University who seemed to have it all. I was a worse version of myself because I wasn’t being authentic or real, and I instead tried to do what I thought was cool based on my environment and what popular culture had told me:

Unfortunately, it wasn’t until my third year that I gained the confidence to remove myself from the group and to instead prioritize spending time working on myself and being with people who I actually liked – whether they were popular or not.

This gave me a chance to become a person I actually liked too.

The best gift I gave myself in my fourth year of university was that I learned to stop caring so much about being seen at the “right places” and hanging out with the “right people” and instead focused on what made me feel mentally strong and happy, such as:

Once I started learning more about myself and listening to what my mind and body needed, I no longer cared so much about FOMO (Fear Of Missing Out) and started practicing the self-care I had been missing.

My last piece of advice?

The drive to become popular can often become toxic. At the end of the day, you always have to put your mental and physical health first.