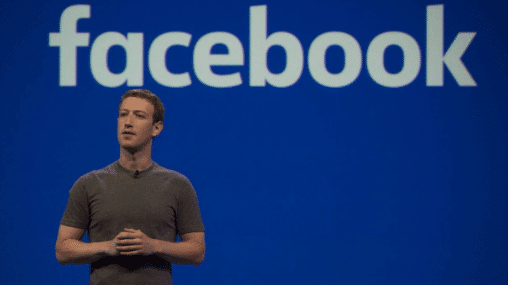 In this day and age, just about anyone can be popular. How? Just ask Google I guess, ha-ha-ha. Anyway, fame can now be as easy as 1, 2, and 3. If you’re up for it then why not try? There are many ways actually. One, you can create an account on social networking sites and create posts about yourself, your hobbies, or anything that captures interests (just make sure these posts are worth your viewer’s time) and get followers immediately. Two, you can also be a YouTube sensation and be famous in just a few clicks. Three, even your wit and talent in writing can make you be known by being a blogger.

See? There are a lot of ways for you to earn stardom nowadays but, we cannot deny the fact that there are people whose popularity just cannot be contended. So, who are those? There is a lot actually, although when asked about who the most popular person in the world is right now. I only thought of one person, Mark Zuckerberg. Yup, I think there is no one in this Facebook plagued world who has not heard of his name. They may not know how he looked like but, I am sure his name rings a bell.

Well, to the very small number of people who do not know the person behind Facebook, let me introduce him to you. Mark Zuckerberg is the co-founder and CEO of the famous social networking site called Facebook. At the age of 35 he is also one of the world’s youngest billionaires, wow! The guy was born on May 14, 1984 in White Plains, New York. Mark’s fame started within the family when he created ‘Zucknet’, an internal communication application his father used in his dental clinic so that his receptionist does not need to shout whenever there is a new patient. As he grows older, his interest in computers and application development continued to blossom. Fortunately, his family was very eager to support him.

In high school, Mark was able to develop a music software called Synapse in which even the big companies such as AOL and Microsoft took interest in. His talent helped a lot of students in universities as well by creating CourseMatch and Facemash where he gained popularity in campus as the go-to software developer. It was during his time in the Harvard University when he finally developed something that we (well maybe not all, but most of us) use now known as The Facebook. The Facebook is a social networking site Mark developed with his friends within the four corners of his dorm room in Harvard. It was in 2004 when Mark decided to drop out of school to pursue his company.

Like any others, The Facebook faced a lot of ups and downs but Mark didn’t give up. The criticisms he received just increased his popularity throughout the world. Time Magazine even named him Person of the Year in 2010 while claiming the top of Vanity Fair’s New Establishment List. The name Mark Zuckerberg once again made it to world news as he was blamed for the spread of fake news during the 2016 US presidential election. It was just last year when he was asked to leave his post as CEO but retaliated by continuously making advanced application and software to deliver better services to Facebook users.

Just like that, Mark Zuckerberg remains to be the most popular person until now because admit it, as The Facebook gains more users, the number of people who knows the maker also increases.

A former College Instructor and a Master of Business Administration graduate. Writer, editor, and proofreader of student papers.