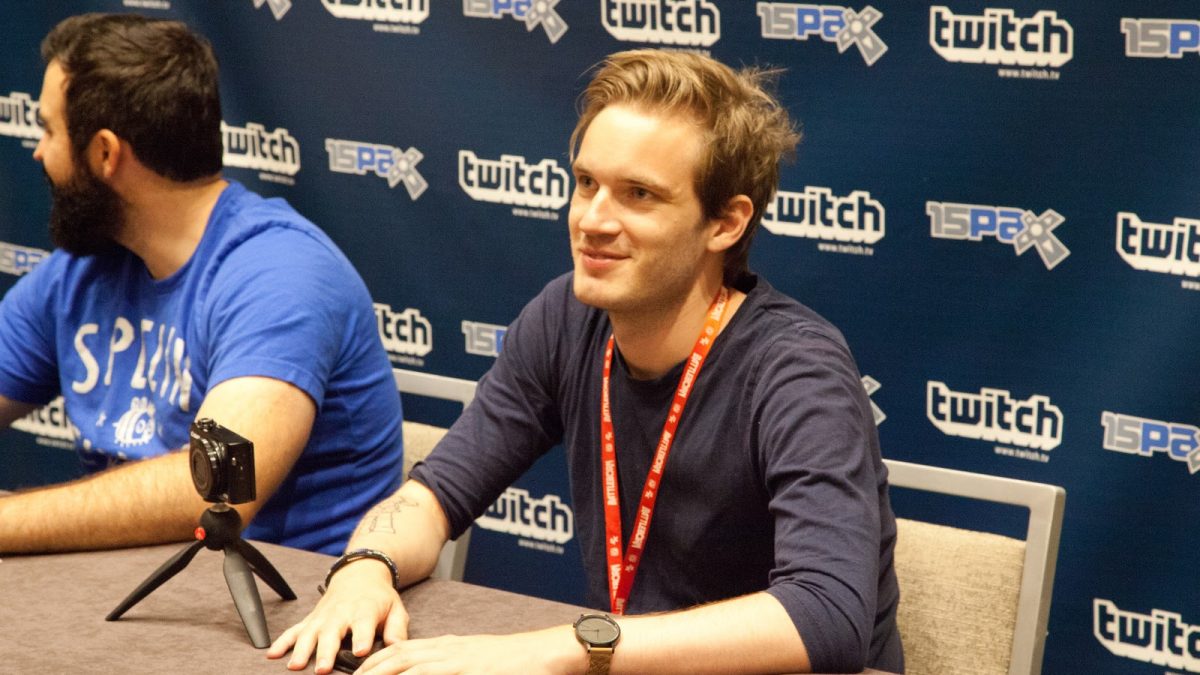 In an age of booming popularity of pop culture, our society has been totally immersed with the various media right at the very front of our eyes. Stars such as Jimmy Fallon and Conan O’Brien shaped of what is now known as famed talk shows, artists such as Ariana Grande and Justin helped shaped the popularity of pop music, people like George R.R. Martin and Rick Riordan helped shaped the popularity of literaries that shaped our interest to titles such as Game of Thrones and stories of Percy Jackson.

However, an emerging market for pop culture has emerged in our existence: a utopia where we watch cat videos, epic fails, commentaries, and most famous of all, Let’s Play videos. And if there is one person that embodies the entirety of Internet culture, it’s none other than YouTube’s most subscribed individual, PewDiePie.

The 29-year old YouTuber, whose full name is Felix Kjelberg, has proved everything wrong since his rise to stardom on the year 2013 when he became the most constant subscribed channel. Starting from small beginnings as a drop-out college student playing horror games, most notably “Amnesia”, PewDiePie became the face of Let’s Play YouTube videos when he uploaded game plays with humorous commentary on game physics, its characters, and even the jumpscares! Of course, when I say humor, it’s subjective. People from that year have always thought that he was a “mere stupid insane guy who curses for humor”, but to their surprise, the evolution of PewDiePie has just begun.

Fast forward to years 2014 to 2016 when PewDiePie has become a YouTube homename for everything game play humor, where he played silly games such as Happy Wheels to even horrifying virtual reality games such as Affected. His success story on YouTube has become the stepping stone of a rise of a culture that appreciates game plays for entertainment purposes. PewDiePie’s empire is the perfect embodiment of starting at quirky things in life that lead to greater expectations.

In spite of all of his success, PewDiePie has still retained the same attitude he has since his humble beginnings. He is always generous to donate most of his earnings to various charity groups such as the World Wide Fund, Charity:Water, Saint Jude Children’s Research Hospital and to the Indian NGO CRY, in the midst of his Internet battle against T-Series, an Indian music label and a contender for the most subscribed channel on YouTube.

However, while he has his own fair share of controversies such as saying the “N-Word” or being accused of anti-Semitism, PewDiePie has been the embodiement of always being apologetic of his own statements that perhaps are taken out of context. He even rallied to end the “Subscribe to PewDiePie” meme after it has been associated with the Christchurch mosque shootings.

The Internet has always been an ever-changing environment, and sadly it has been infested with toxic content to the point it is infuriating or even cringe at some point. The “You” in YouTube has slowly disappeared, as mainstream media has slowly infiltrated and the site has been a large advertisement generator rather than showcasing the creativity of its own creators. Yet PewDiePie has always retained the “You” concept: he always believes in bringing entertainment to his subscribers, and that makes him being looked up and praised by his audiences. PewDiePie will always be relevant, and his flexibility to the algorithms of YouTube had proved the creative think tank he is.

Affiliated on one of the Philippines' top performing schools on campus journalism, Teddy C. has been a freelance writer for six years, and has ever since written thousands of ghostwritten essays, term papers, speeches, research analyses, and other imaginable form of writing since high school. Upon entering college, he became a senior correspondent of The LATHE, one of the top-performing school papers in the country. Not only he writes regularly as a DevCom Editor, but he also writes for countless laboratory reports, debate scripts, more essay writings, article reviews, and other write-ups for the academe and technical aspects. At present, he pursues on his freelancing career, and is on the process of publishing his very first e-book (12:01-Random Poems Written in Slumber) on Amazon. At present, he has published more than 30 articles credited on his name, not to mention the thousands of uncredited write-ups.

How to Become a Famous & Popular YouTuber